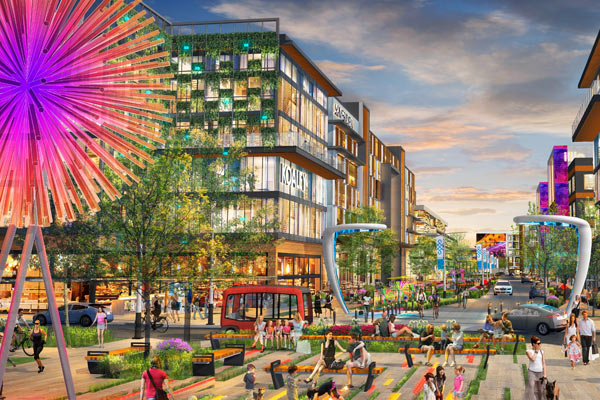 The Denver post has an article exploring the Smart Cities in the Denver Metro area. Peña Station NEXT, an LC Fulenwider development, is featured.

Below is an excerpt with a link to the full article.

It has become an increasingly important cog in modern growth and it is manifesting in some very real ways around Colorado and in the Denver area.

In two places on opposite ends of the metro area — Sterling Ranch in Douglas County and the Peña Station Next development near Denver International Airport — people are now living in communities specifically built around smart city and smart home technology. These are places where the garage door can be closed with a smartphone app from across town, and the local bus is driven by a computer system, not a human being.

“These communities are serving as test sites for proving out technologies and approaches,” Jake Rishavy, vice president of innovation for the Denver South Economic Denver Partnership and a co-founder of the Colorado Smart Cities Alliance said of the two locations. “It’s all about de-risking that innovation process and encouraging more adoption of new technologies.”

Peña Station Next is a different side of the smart city coin.

The more-than-200-acre development is transit-oriented, just off of the 61st and Peña Station rail stop. It’s development priorities are different.

The first residential project to come out of the ground there is a multi-phase apartment community with 20 percent of the units dedicated to affordable housing. About 30 tenants have moved in now, according to Ferd Belz, president of the community’s master developer LC Fulenwider. A 220-room, seven-story hotel is expected to open there in the coming months.