Joe Rubino of the Denver Post writes that DIA is the number one ranked large airport in the United States. Below is an excerpt with a link to the full article. 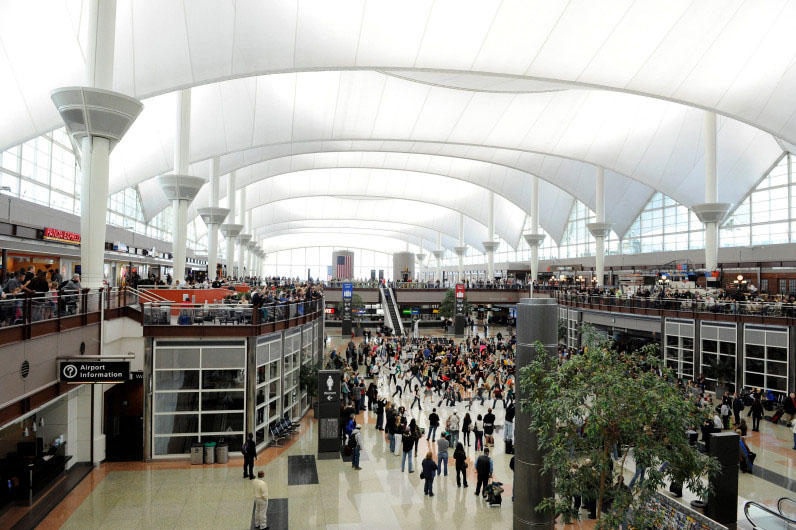 Denver International Airport has been known for a lot of things over its 23 years of departures and arrivals. The tented terminal building, cost overruns related to its automated baggage system, alleged secret bunkers, the list goes on.

As of this week, DIA can officially bill itself as the best big airport in the U.S., according to the Wall Street Journal anyway.

The venerable business-focused newspaper released its first-ever ranking of the nation’s 20 largest airports Wednesday. Drawing from a survey of 4,800 readers and weighing 15 airport measures including security wait times, average fares and arrival and departure time reliability, the paper crowned the “Mile-High Miracle” best in its class for air travel.

“Once a symbol of high cost and dysfunction, Denver soared in rankings of reliability, value and convenience,” reporter Scott McCartney wrote.

The three big categories McCartney mentioned each cover a combination of factors. Convenience scores measured Wi-Fi speeds, Yelp ratings for airport restaurants, in-building walking distances and the number of destinations available via direct flight. DIA was the only airport to score top four in all three.

When it comes to value, the Journal spotted a common trait among DIA, No 2 finisher Orlando International Airport and bronze-medal winner Phoenix’s Sky Harbor International Airport: competition among airlines. The story notes that DIA’s three big carriers — United, Southwest and Frontier — overlap on some routes. That contributes to an average fare of $299, $21 cheaper than the average at New York’s LaGuardia Airport (No. 18 on the list).

In speaking to the Journal, DIA CEO Kim Day said the three-airline mix means “no one gets to dominate the discussion and tell us what to do.”

Airport officials knew the Journal was working on a rankings, but were pleasantly surprised Wednesday when DIA touched down at No. 1.